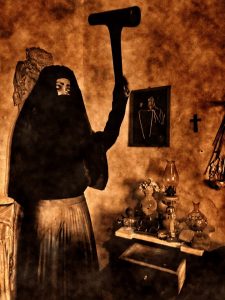 The Sardinian term "Femina Accabadora" or more commonly "S'Accabadora"
(lit. "she who ends", derives from Sardinian s'acabbu, "the end" or from Spanish acabar, "to finish")
denotes the figure of a woman who was responsible for bringing death to people of any age,
in the event that they were in conditions of illness such as to lead family members or the victim himself
to request it.

The practice was not to be paid by the relatives of the sick person as paying to give death
was contrary to religious and superstitious dictates.

Legend has it that the killing practices used by the Accabadora varied according to the place:
entering the room of the dying man dressed in black, with his face covered,
and killing him by hitting him on the forehead with a sort of olive wood hammer "su matzolu"
or behind the neck with a sharp blow, or strangling him by placing his neck between his legs. 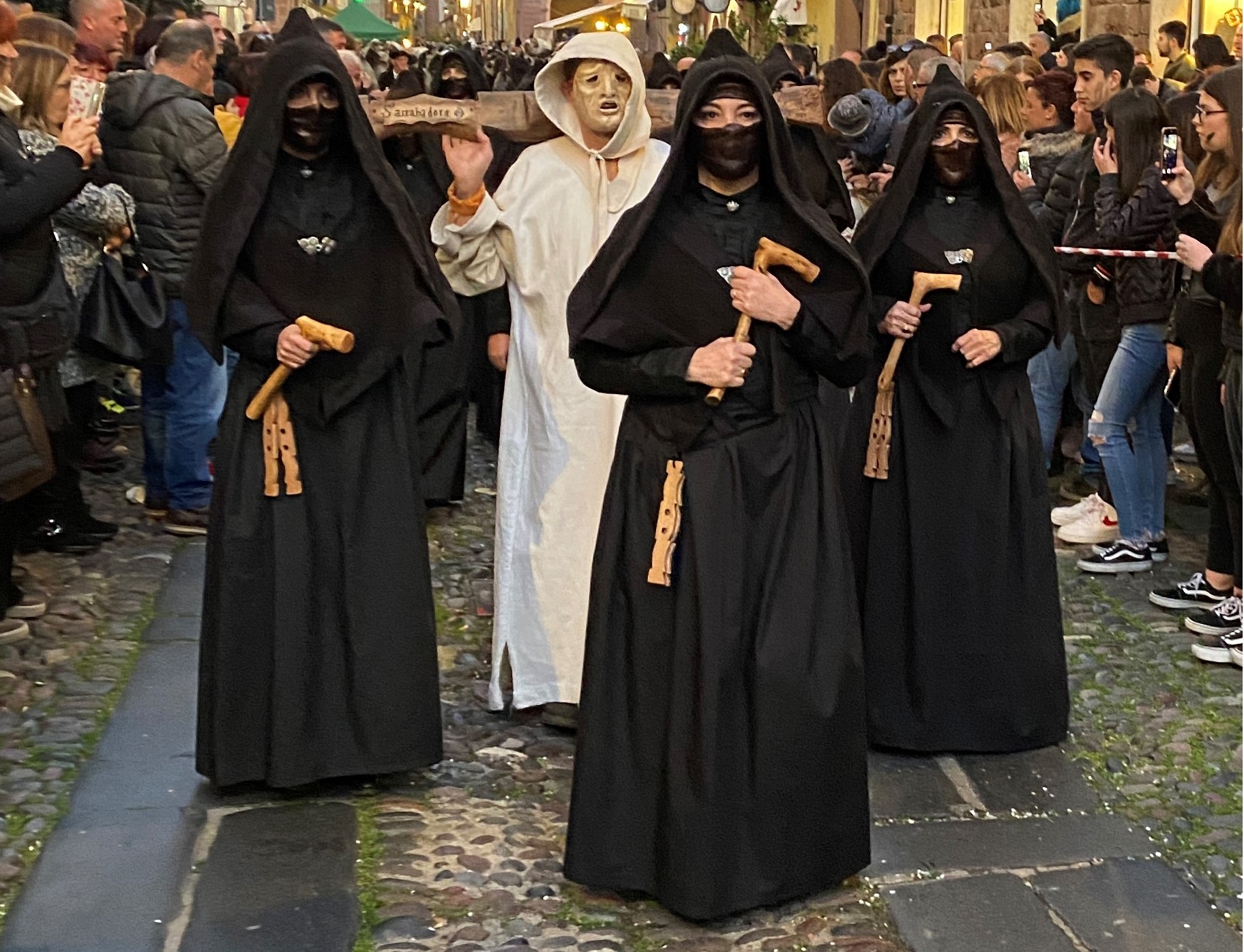